Summoning worldwide A.R.M.Y.! Immerse yourself in the world of K-POP by following the footsteps of BTS. Who says the boys are hard to catch sight of?

Strike a pose next to one of the trains at Hwarangdae Station, hug your knees in a hidden tunnel of Seoul Forest in imitation of SUGA's melancholy look in the 'LOVE YOURSELF' trailer.

Famously known as the members' favourite dining place before their debut, Yoojung Sikdang attracts fans with its signature BTS dishes and is characterised by its BTS-themed interior.

In "Spring Day" MV, V went down on his knees on the snow-covered tracks, and your snapshots at Iryeong Station will get the same cinematic feel if you find the right angle (and photo filter, of course).

8:00am Depart from Myeongdong Station Exit 2

2:30pm Leave for Drop off points

Upon purchase of the ticket, you will receive an email confirmation with e-ticket/e-voucher within two days. Tours and tickets are subjected to availability and are not confirmed until a second confirmation email is received.

How to Get There

You may present either a printed or mobile voucher to the staff at the meeting point of the tour.

Staff or driver will be wearing a badge with this logo as shown above. Please meet the staff at the designated exit. 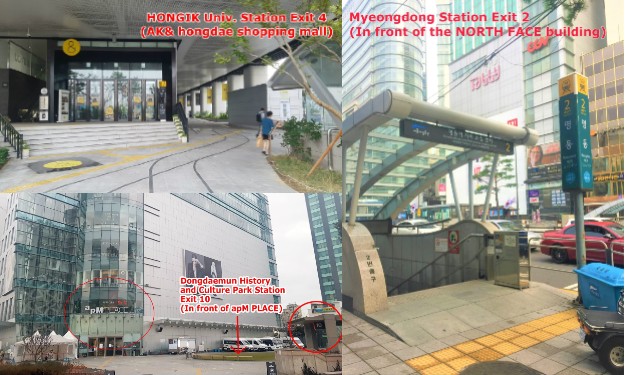